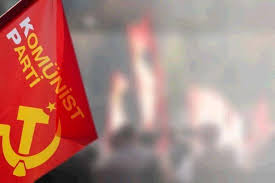 1- Who were the plotters of the coup attempt? (See the link for Bulletin No6)

2-What was the aim of the coup attempt? (See the link for Bulletin No6)

3- Were there any chance for the attempt to be successful? (See below)

4 - What is the place of Gulen movement in the history of Turkey? (See below)

5 – Is it possible for capitalism and bourgeois politics in Turkey to normalize in near future? (See forthcoming Bulletins)

6 – Is it possible for Turkey to shift toward the Russia-Iran axis? (See forthcoming Bulletins)

7- Is there a connection between the NATO Summit that took place this summer in Warsaw on July 8-9 and the military coup attempt in Turkey one week after the Summit? (See forthcoming Bulletins)

8- Can AKP and Erdogan succeed a restoration after the partial liquidation of the state? (See forthcoming Bulletins)

9- Is the future for Turkey an islamist dictatorship led by Erdoğan? (See forthcoming Bulletins)

10- Are there any opportunities for a working class politics in Turkey as it is today?
(See forthcoming Bulletins)

3- Were there any chance for the attempt to be successful?

The events of the night of July 15 had different features than all other military coups in the history of the Republic. First of all, the attempt was not an initiative where the Turkish Armed Forces (TAF) as a whole took action in order to seize political power. This coup should be considered as an attempt by one of the two conflicting Islamist factions within the state to deploy its forces within TAF, on the grounds of the current conjuncture of domestic and international struggles.

It became apparent that Gulen movement’s coup plans focused on the purge of Erdoğan, in order to change the balance of power. The fact that the brigades after Erdoğan and his company on the night of July 15 had almost captured them, and the unconfirmed information on Erdoğan’s asylum appeal to Germany, indicate how close the attempt was to success.

If we put aside some rather technical mistakes which former CIA agents who were experienced with military coups pointed out, the biggest risk Gulenists took that night was to postpone observing the attitude of the army commanders towards the coup until the very moment of the attempt. That was obviously a risk, but things could have been in the way the plotters expected and the high rank military officers could have stood on the coup’s side. It could be stated that the plotters took action based on the information pointing the level of discontent within TAF regarding the AKP. As a matter of fact, it took hours and many shoot-outs between the police and military units, for the generals to declare their support for the government. Those very same generals could have declared their support for the coup if the main target of the plotters, Erdogan, had been captured.

The allegations pointing advancements such as; the talks between the generals of the US airbase at Incirlik and the plotters, the delayed and hesitant actions of imperialists, and the CIA backed Stratfor’s release of the information on Erdogan’s plane, all indicate at least some levels of the US administration was aware of and supported the attempt implicitly. Likewise, the presence of this implicit support shows the possibility of a successful coup if there some of the particular turning points in favor of the government did not take place.

The issues such as; the nested structure of these two Islamist factions, which comes from the times when they had shared the power, the intimate positions held by the Gulenists around Erdogan, and the same level of dedication of the both parties' cadres to the capitalist order, could have also meant a rapid gain of strength and support on the the plotters' side during the night of July 15.

4 - What is the place of Gulen movement in the history of Turkey?

Fethullah Gulen founded his own religious community based on his reinterpretation of the teachings of Said Nursi, an influental Islamist leader who opposed to secularism during the first years of the Republic. During 60s, he held leading roles within the Struggle Against Communism Associations, a NATO-initiated clandestine organization of the time. Shortly after, he began building up a  semi-secret organization based on hierarchical codes. He organized his followers through what he named “houses of the light.”
Gulenist organization gained momentum in the aftermath of 1980 military coup, which meant a major blow against the left wing movements. During these years, Gulenists organized mainly in educational sectors, they trained their own well-educated cadres, they developed strong ties both with bureaucracy and capitalist class. Fethullah Gulen moved to the Pennsylvania, US in 1999. Against the criticisms or antagonisms of other Islamist groups, he was protected by central-right and social democrat politicians, being legitimized as a civil society movement. Under AKP rule, many associations, private schools and health-centers owned by the movement were proliferated in addition to the founding of TUSKON (The Confederation of Businessmen and Industrialists of Turkey). The movement realized the same pattern in many other underdeveloped countries, worked as an agency of American policies under the guise of a pro-conciliation attitude. In this period he gained the status of an “intellectual” in the US, while the movement’s ties were tightening with the liberal intellectuals in Turkey. During 2007-8 purges, which was a critical moment for the authoritarian regime-craft of the AKP, the movement cleansed the Kemalists within the media and bureaucracy, accusing the latter for being “coup plotters.” During the time, many republican and left wing intellectuals were condemned for participating in anti-state organizations. In the meantime, Fethullah Gulen was exonerated from an old case against him for undertaking Islamist terror activities, a case opened before AKP became the government.

However, during 2010s, there occurred certain disagreements within AKP-Gulen bloc. On the international basis of the disagreement were the failure of Muslim Brotherhood, which had close ideological and political ties with the AKP, in meeting the expectations of imperialist powers for the Arab Spring, and the failure of the AKP in the Syrian case. On the domestic side were the June 2013 Revolts where people took it to the streets against the AKP with demands of secularity and freedom, causing some serious cracks in the AKP rule. Meanwhile, reinforcement of the Gulenists within the state as a natural outcome of the AKP-Gulen initiated 2007-8 purges created further conflicts between the two parties. The AKP made a move to close down all the private education institutions that Gulenists had. As the tension rose, Gulenists made a counter-move in December 2013, exposing the corruption among some politicians from the AKP, certain ministers, and businessmen. Among the suspects were Erdogan’s son and an Iranian businessman of Azeri origin, Reza Zarrab who is on trial in the US today. AKP’s response was to purge all prominent Gulenists from juridical institutions and initiate a new bill of indictment under the name of “Fethullahist Terrorist Organization”, which was completed on the eve of the last coup attempt. Gulenists’ long set-up for placing their cadres within bureaucracy enabled them to seize the control of many critical positions within the army. However, there are many other religious organizations within the fragmented state apparatus, which either cooperate or compete with the Gulenists today.

For Arabic see below: