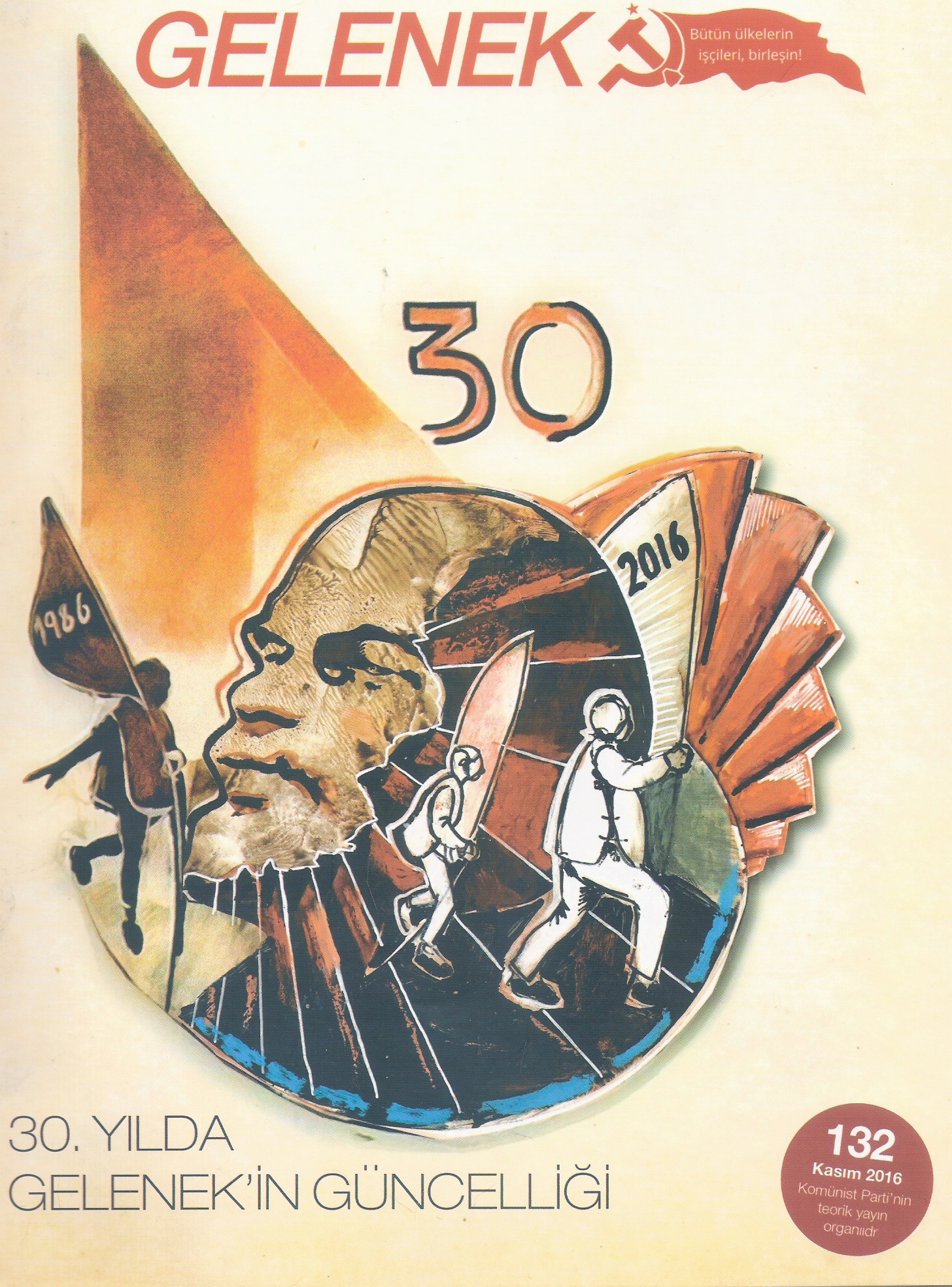 On the 99th anniversary day of the October Revolution, Communist Party, Turkey (KP) held meetings with members and friends in several cities for the celebration of the 30th year of the Marxist theoretical journal Gelenek.

Gelenek had been launched in the November of 1986, chosen to meet the month of the October revolution and been in the aftermath of the military coup of 12 September 1980, which had attacked the left deeply in Turkey.

In those years, the leftist of Turkey had been dragged into a repudiation of historical materialism and Marxism, into non-class, “civil” orientations and right wing inclined collaborations with no further horizon than democracy by carrying the despair of defeat.
The class struggle had been substituted with the Kurdish national movement which had been growing in that period.

The significant role of Gelenek within the left at 1980’s and 1990’s in Turkey, had been proved by its defence of the actuality of socialism, of the October Revolution, Bolshevism and the legacy of the Soviet Union in those times. By objecting unionist with no integrity Gelenek had been a publication where cadres, defending and reflecting the Leninist organisation, been trained. The movement, defended class struggle for the emancipation and equality of the Kurdish people.

During its solid activities Gelenek movement was also accompanied with the movement for founding the Party in the beginning of 1990’s. And eventually, in response to the liquidation of Communist Party of Turkey (TKP) by the liberal cadres who had emerged in the aftermath of the counter revolution in the Soviet Union, the Socialist Power Party (SİP) reclaimed the tradition and the name TKP in November 2001.

TKP had been active and had significant political impact in Turkey right after that historical moment for years until being subjected to another liberal and liquidating attack in 2014. The Party, preserved its name and activated with the name Communist Party (KP) in order to protect its identity.

At the meetings which were held for the anniversary of Gelenek as well as the October Revolution at November 6, 2016,  KP leaders addressed the members on the recent political developments and conditions in Turkey besides indicating the activities and strategies of struggle of KP within the working class and other popular strata. The meetings were held in İstanbul, Ankara, İzmir, Adana, Antalya, Bursa, Çanakkale, Diyarbakır, Eskişehir, Kocaeli and Samsun.