TURKEY MAY NOT BE GOVERNED ON RELIGION 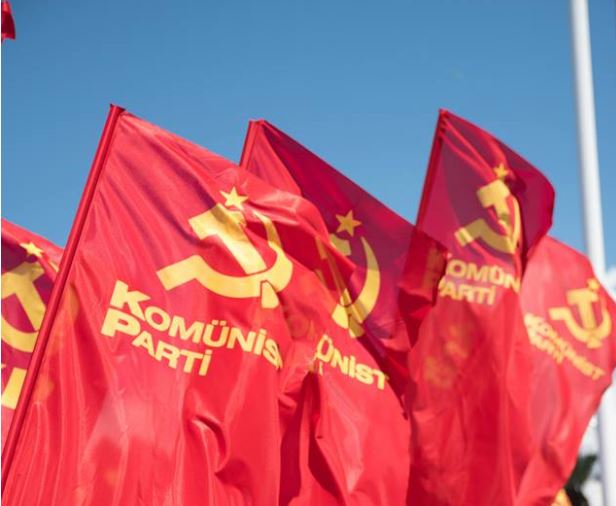 Communist Party, Turkey released a statement titled "Turkey may not be governed on religion" calling "Do not succumb to bigots, claim your future!"

TURKEY MAY NOT BE GOVERNED ON RELIGION

We speak to the government: You are not to decide on what we should believe in or not, you cannot change Turkey into a country governed on the rules of religion.

We won't let you do this.

People are not obstructed to practice their religion in Turkey, we wouldn't let something like this happen.
On the other hand, we say NO, if some beliefs offend against the science, law, laicism and if this is exacted over everyone.

It is a civic duty to say NO when: IS and so forth are shown tolerance; so-called authorized people are discussing whether they would be sexually attracted by little girls or not; state structures release "fetva"s on what is right or wrong; the judiciary safeguards the murderers of women; people become desperate and change their religion just to protect their children from the bigotism which is settled in the education system; they are one step away from declaring an Islamic State in Turkey; people seeking their rights over poverty, hunger, unemployment are labeled faithless; the politics in Turkey is in the hands of the monopoly of the four Parties in the Parliament, exploiting religion and all these are introduced in the name of the rules of the religion.

All the inequalities, the widening gap between the rich and poor, bombs exploding here and there, the country's position as the game field of the imperialists, all of them are related with the "religionalisation" in today's Turkey.

Arguing what the religion is and is not would mean being trapped. No argument on the beliefs should be involved in politics. The main questions are:

Will there be a hegemony of the religion on the politics in Turkey or not?

Will Turkey turn into an Islamic State or not?

Will the people be categorized according to their beliefs or not?

Will the education system be based on religion and totally set apart from science, or not?

Will rearing a bigoted youth as a State policy carry on or not?

Will the social life be regulated by the rules of the religion or not?

Everybody should answer these boldly and choose their side. The real danger in Turkey is about the people showing no effort to change the course of events they object. This passiveness is the trump card for bigotism which actualy is not as powerful as assumed.

It is necessary to be decisive and straight.

The course of the events may be halted by dismissing some practices retroactively.

The reactive practices should be rejected, the illegitimate religious state policies should not be obeyed.

Do not succumb to bigots, claim your future!