Solidarity Statement with the people of Syria 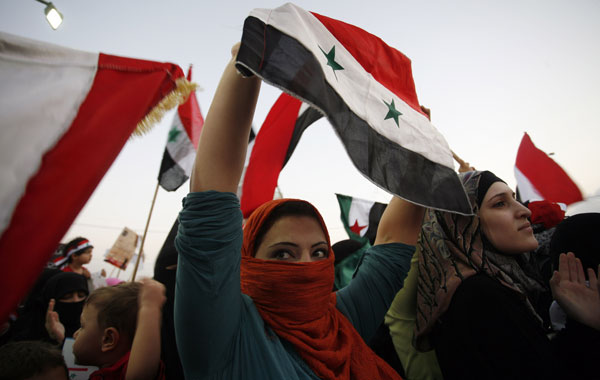 Stand against reactionary forces and imperialism

We salute the patriotic people of Syria

Syria has been attacked by an alliance led by the US imperialism and its collaborators, made up of the most reactionary regimes in the Middle East. It is not possible to claim that the ongoing conflict since 2011 is a civil war. Most of the aggressors were mercenaries and Islamist gangs from all over the World, armed, funded and supported by Qatar, Saudi Arabia and Turkey.

Millions of Syrian citizens were forced to leave their homeland facing severe death. Countless assassinations and massacres took place in the country. Chemical weapons and the most brutal methods of murder were used. Several cities fell under the rule of a barbaric regime where the most basic human values were trampled on. Arms and ammunition were transferred into Syria from neighboring countries. Its borders and sovereignty rights were violated continuously. Its factories were plundered; its farms and crops were usurped. Its petrol was taken out and illegally supplied to the World market by the occupying gangs.

The excuse of the aggressions was fabricated out of the existing domestic problems of the country. Once again, the West attempted to play the role of the guard and savior of democracy and human rights. Yet, it is only the Syrian people who have the right to decide how and by whom the country will be governed.

The main goal of this nefarious onslaught was simply reshaping the region in accordance with the imperialist interests. The imperialist states and reactionary regimes of the region blatantly committed war crimes in this war, during which millions were killed and forced to migrate. The fact that members of the murderous gangs were recruited not only from underdeveloped Islamic societies but also from the most prominent capitols of Europe shows that this is not a security weakness or a process out of control but an intentional crime. The fact that Turkey, a member of NATO, became an open corridor for the very same gangs cannot be the result of an oversight. Western imperialism and its regional collaborators did their utmost efforts to subdue Syria. They did not hesitate to create or use the most barbarous organizations, and finally ISIL, to crush Syria.

After such a period of more than four years, we finally witness a change of balance in the region. The resistance of Syria defeated the agenda of the US and resulted in a backfire for Turkey, which played the role of the triggerman in this assault. The imperialist siege has been broken after Russia intervened in the recent power vacuum. No one but the patriotic, anti-imperialist and progressive people of Syria made this change of circumstances possible. Syria resisted and broke through the confines that it was pushed into. There is no doubt that the determining factor of the change is the people of Syria.

Through the sister parties from Syria who participated in our meeting, we, as the undersigned communist and workers’ parties, deliver our most sincere message of solidarity to the resisting people of Syria. Once again, we underscore how honored we are due to our Syrian sister parties’ participation in the honorable resistance of the people, as being one of the most courageous constituents of it. As communist and workers’ parties, we declare that no great power, no imperialist center or no foreign state has the right to decide the future of Syria. Syrian people who did not surrender is the only authority to determine their own future.